Sarah has been making puppets for 20 years and has worked with individuals, children’s theatre groups and on large film and theatre productions including Harry Potter, Animal Farm and Dr Dolittle. She has designed characters for the BBC, worked on toy prototypes and has worked as Art Director for Komedia Entertainment on a recent film for Count Arthur Strong’s theatre tour.

Her speciality is in rod or table top puppets made usually from reticulated foam.

Sarah can help you realise the project you’ve designed (or just imagined) into 3D form, bringing to life the idea in your head through discussion, drawings, models and sourcing of materials.

Sarah accepts commissions for making puppets for television, film, advertising, theatre or commercial use and is happy to sign both non-disclosure agreements and assignment of rights documents.

Commission for Broken Spectacles Theatre Company for their show “At Sea” 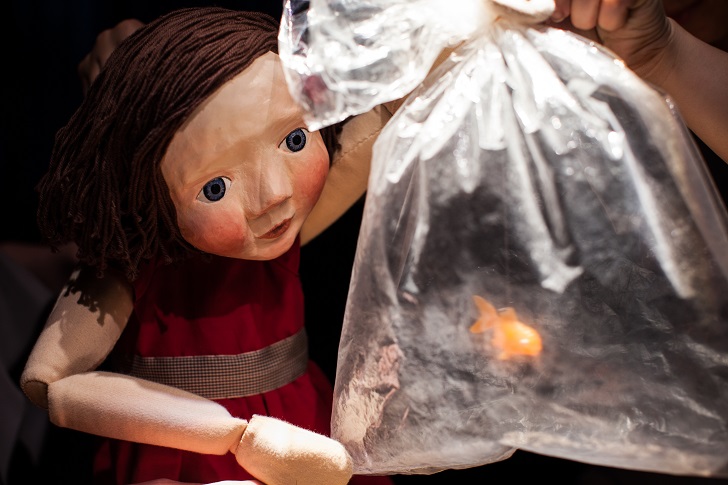 Sarah made us a beautiful girl puppet full of character; she’s versatile both physically and emotionally and has won the hearts of audiences of all ages.  –    Helen Aldrich, Broken Spectacles Theatre Company

Sandy, puppet dog for P2P Production’s Annie Junior at The Arts Theatre in the West End 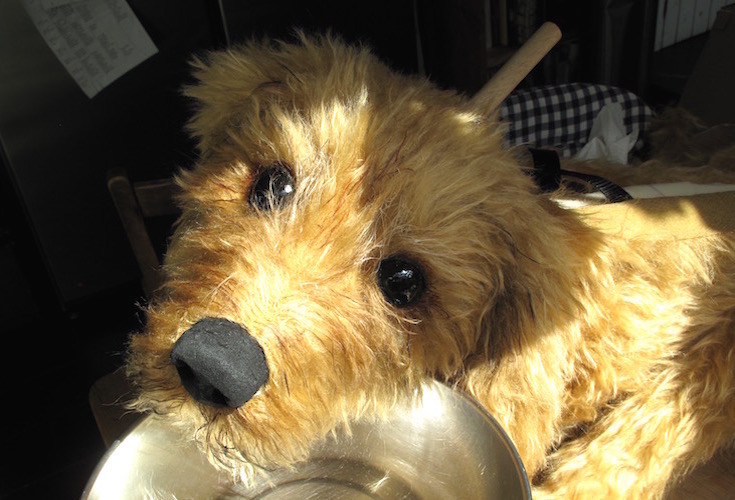 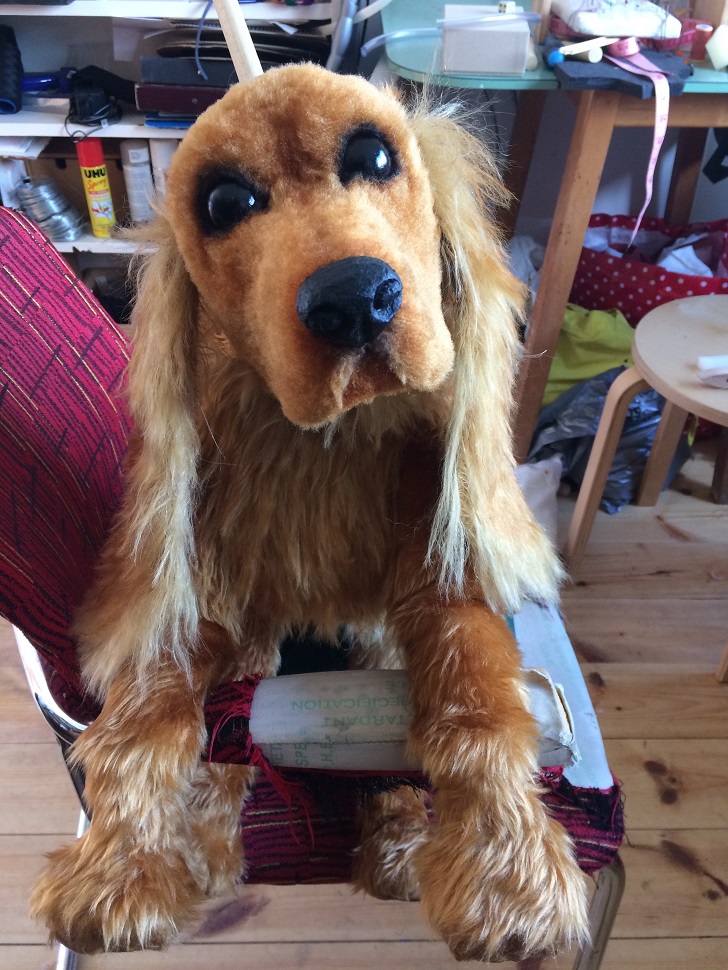 Work in progress photos of the Cheshire Cat made for The Old Rep Theatre in Birmingham’s Christmas show, Alice in Wonderland 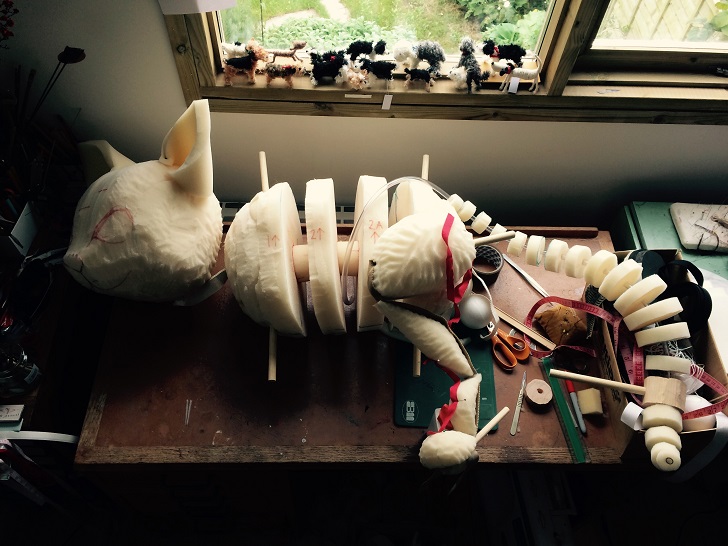 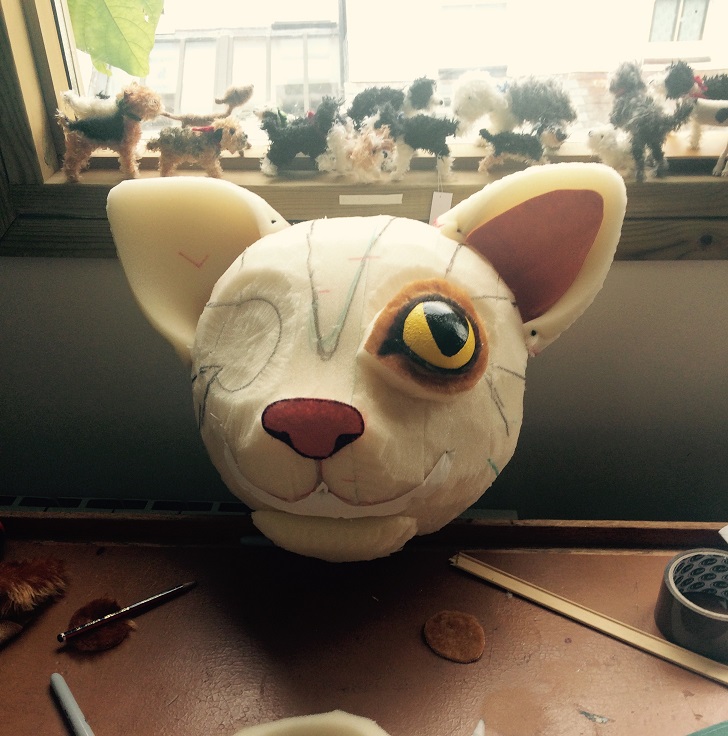 Our ‘Cheshire Cat’ was magical. Sarah produced a most high quality rod puppet to be worked by 7 performers enabling our cat to appear and reappear in many configurations in various parts of our scenery. Audiences young and old were captivated by it and its’ grin, which was hauntingly realistic. Sarah produced our puppet within a tight timeframe and the detail and high quality was never compromised: indeed it featured on stage for a two month run and looked as good on the last day as it did on its’ arrival.  Throughout the process Sarah ensured that she had discussed all considerations with us, from the possible movement of the fabrics used through to facial features and characterisation. Sarah even provided us with a video to explain how each part worked and the movement potential each limb had. Highly recommend!
Alice in Wonderland: The Old Rep Theatre, Birmingham 2017

Commission for The Dukes Theatre, for their Christmas show of Pinnochio 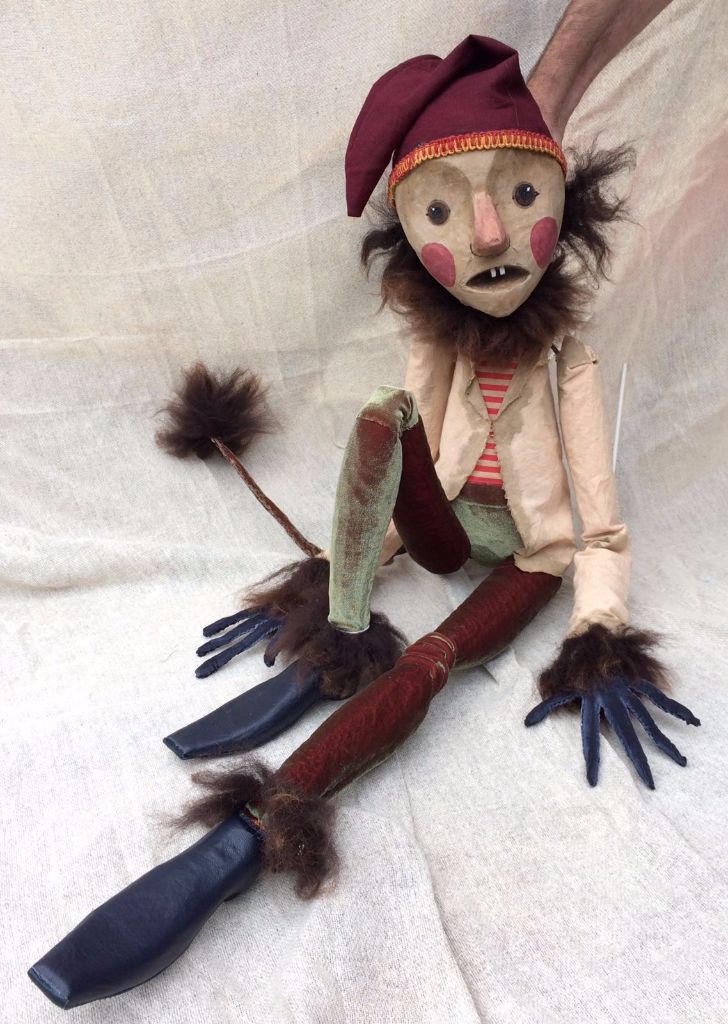 Jumble from a children’s play, Jumble, the most Magnificent Dog in the Universe 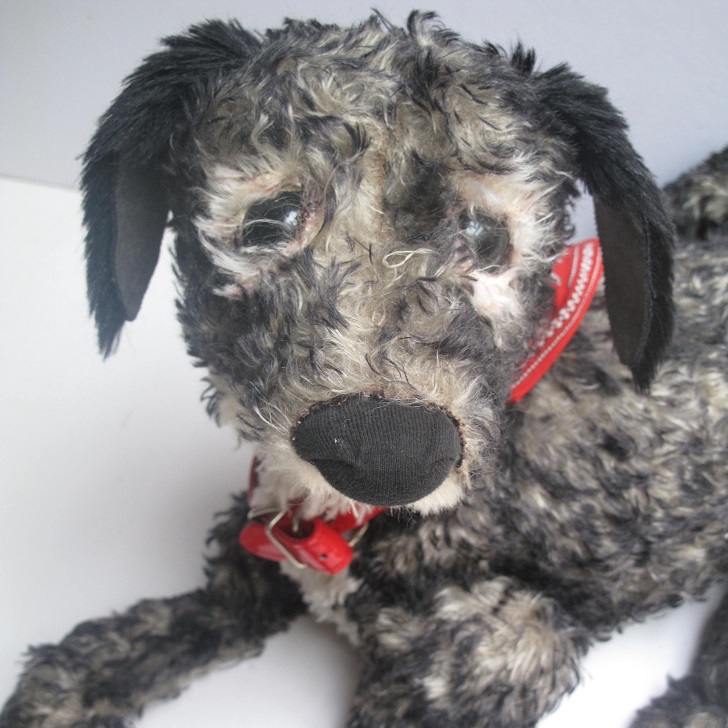 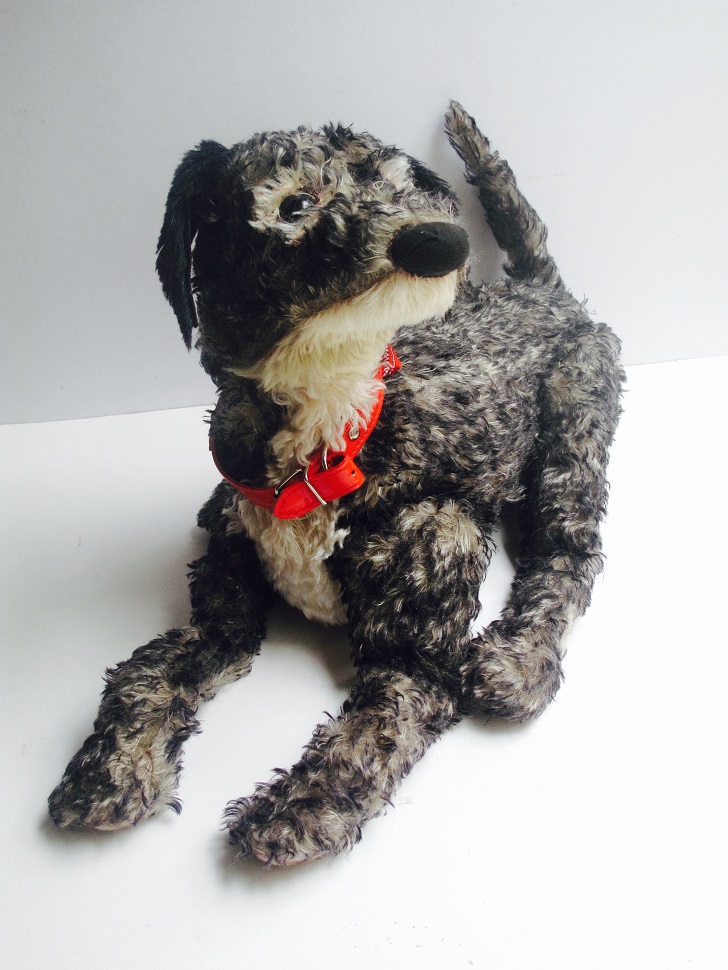 Beginnings of Treo, a dog puppet for Biscuits For Breakfast Theatre 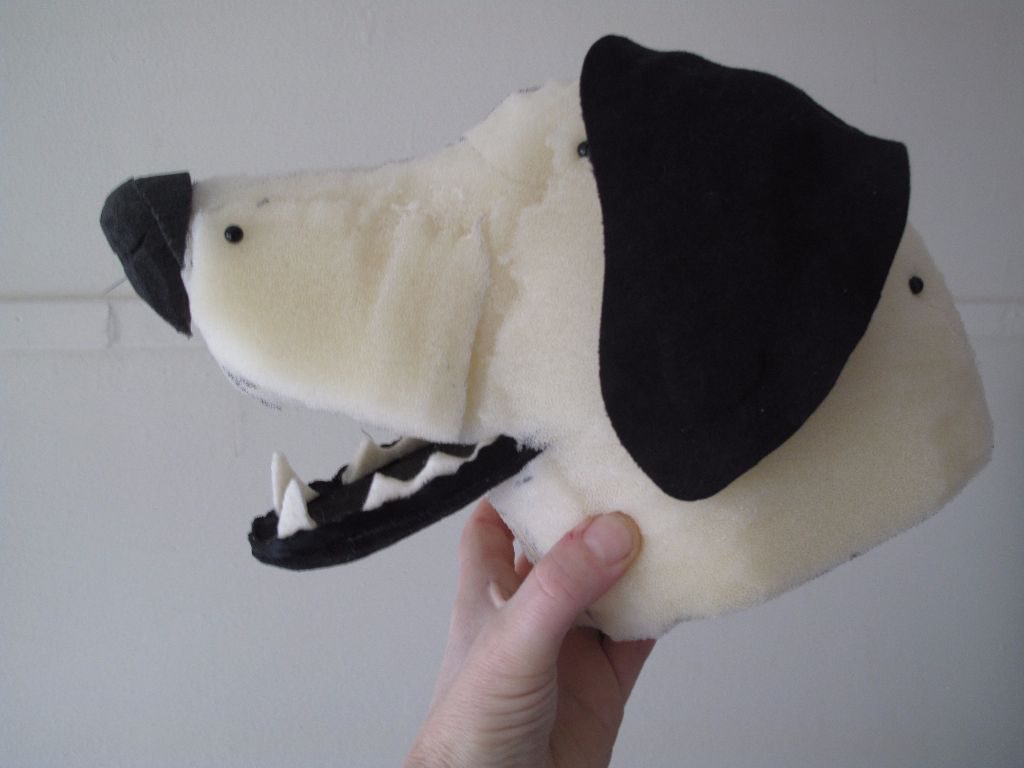 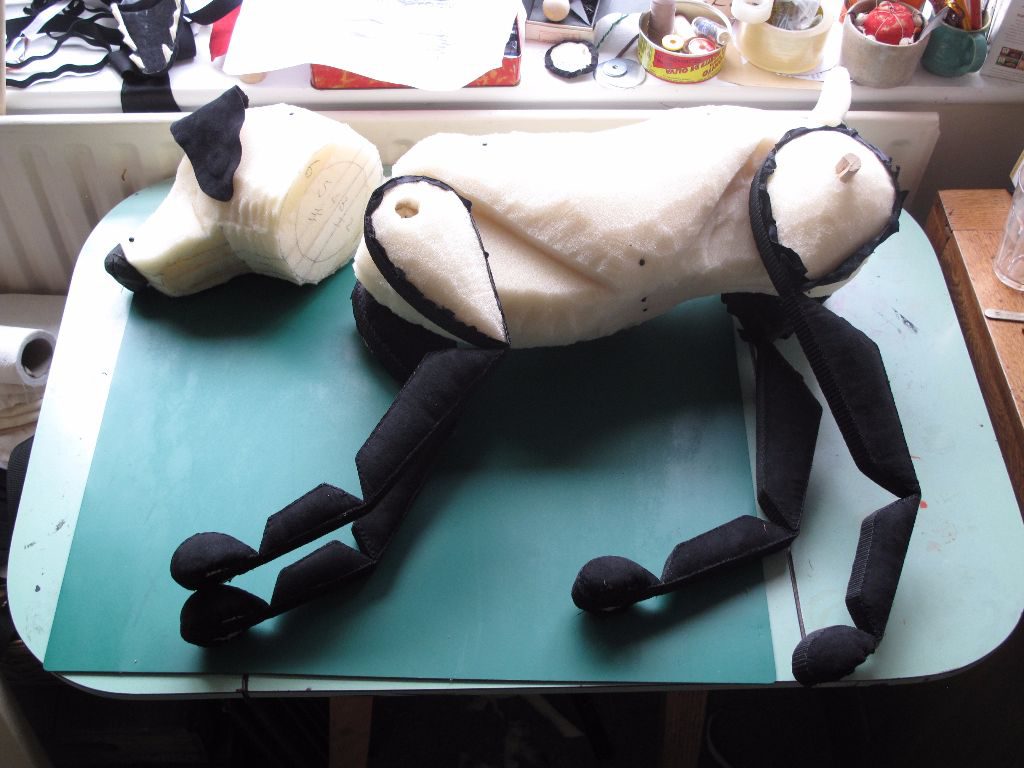 I have been a huge fan of Sarah’s work for a few years I love the variety and detail and have had some lovely custom orders too. My particular favourite is my girl puppet. – Carol